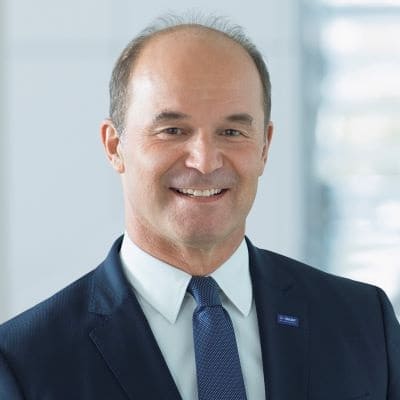 Chairman of the Board of Executive Directors

Brudermüller started his career with BASF in 1988 in the Ammonia Laboratory. From 1993 to 1995 he worked in New Business Development/Marketing in the Intermediates division. In 1995, he transferred to BASF Italia Spa, Milan, Italy, as Head of Sales Intermediates, Pharma Chemicals. Following this assignment, he became Staff to the Vice Chairman of the Board of Executive Directors and, from 1999 onwards, Director production fat-soluble vitamins in the Fine Chemicals operating division.