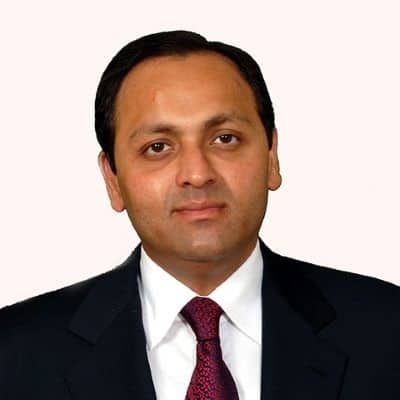 Executive Director, Member of the Board

Mr. Nikhil R. Meswani is a chemical engineer and the son of Mr. Rasiklal Meswani, one of the Founder Directors of the company. He joined Reliance in 1986, and since July 1988, he has been a Whole-time Director, designated as Executive Director, on the Board of the company. He is primarily responsible for the petrochemicals business and has made major contributions towards Reliance becoming a global leader in petrochemicals. Between 1997 and 2005, he handled the refinery business of Reliance. In addition, he continues to shoulder several other responsibilities, such as Corporate Affairs and Group Taxation. He is also involved in the affairs of Reliance-owned IPL cricket franchise Mumbai Indians and other sports initiatives of the company.

He is a member of the Board of Trade, Ministry of Commerce & Industry, Government of India & the member of National Council of CII and is also a managing committee member of the FICCI.

He is a member of the Board of Governors of the Institute of Chemical Technology, Mumbai, and a distinguished alumnus of the same.

He was named a Young Global Leader by the World Economic Forum in 2005, and remains an active participant of the forum. For several consecutive years, ICIS, a leading chemical industry magazine, has ranked Mr. Meswani among the Top 40 Global Power Players in the chemical industry.