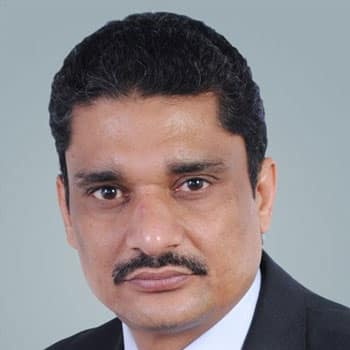 Sanjay Sharma is Head of Chemical and Agribusiness Consulting for Middle East and Indian Subcontinent. He has more than 30+ years of experience in the industry with extensive consulting, strategy development, feasibility studies, competitive analysis, M&A and due diligence experience. He has actively participated in developing strategy, improving business performance, developing and managing joint ventures and alliances and engaging in mergers and acquisitions. Sanjay has managed assignments in Europe, Middle East, India and Asia.

Sanjay has been with IHS Markit (a part of S&P Global Commodity Insights, a business division of S&P Global Inc.) since 2006 and held several positions prior to his current role. Previously, Sanjay worked for five years for SABIC where he held investment planner position. Prior to that Sanjay worked for ten years for IPCL (now part of Reliance Industries Limited) where he held variety of Polyolefins project and operations roles.

In addition to consulting role, Sanjay has conducted several training courses and is a frequent speaker at various industry forums.

Sanjay received his bachelor’s degree in chemical engineering and a master’s degree in business administration.