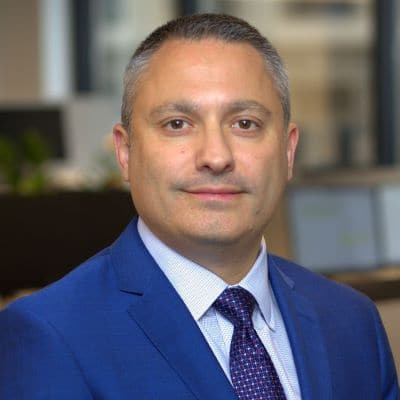 Fabio Santucci serves as President and CEO of MSC USA.

He took over this role in January 2015, after having served as Vice President in New York. Prior to this, he was Branch Manager for the company’s New Orleans’ and South Carolina’s offices, where he was responsible for all operational aspects of the branches.

Fabio became ship's captain in 2007. One year later, he commanded the MHC Viareggio, a military vessel based in La Spezia, Italy.

During the earlier part of his career, he was a foreign student pilot in the U.S. Navy Flight Training Program. During that time, he was stationed at U.S. aviation military bases N.A.S. Whiting Field in Florida and N.A.S. Corpus Christi in Texas, where he was awarded his ‘Naval Aviator’ certificate. He then returned to Italy, where he served as a pilot on assignments for both the Italian Navy and the Allied forces.

Fabio holds a Master’s Degree in Maritime Studies from the University of Pisa.