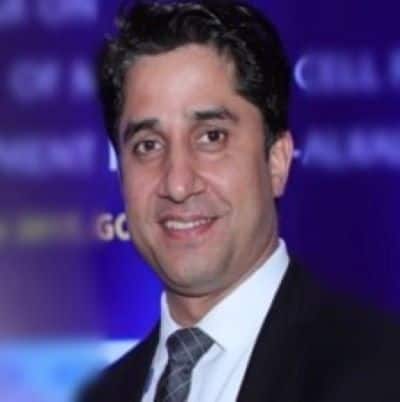 Suresh has more than twenty (20) years of professional experience in the Chemical Industry. He joined thyssenkrupp Industrial Solutions (India) in 2008 and has since then worked in different capacities in the Sales, Proposals and Business Development divisions. He is currently the Regional Head, Sales and Business Development for Green Hydrogen business of thyssenkrupp Uhde electrolysis (USA) Inc. for North America region.

Prior to USA, Suresh was based out of Tokyo on a special assignment where he developed and headed the Electrolysis Revamp business of thyssenkrupp Uhde Chlorine Engineers- Japan for the Asia Pacific region.

In 2012, Suresh took a job rotation assignment with thyssenkrupp Uhde Chlorine engineers (tkUCE)- Germany and worked from their Dortmund office for more than three years where he was looking after the Electrolysis project sales and Business Development in and around European region. After his return to India in 2016, Suresh worked closely with Indian Chlor-alkali customers addressing their needs for new plants or Revamping existing production facilities.

Suresh is a graduate in Chemical Engineering from Mumbai, India.