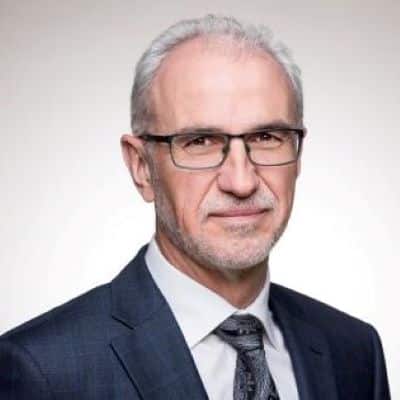 Vice Chairman of the Management Board

Harald Schwager was born 1960 in Speyer, Germany. In 1984 he graduated from the University of Karlsruhe with a degree in chemistry. He gained a doctoral degree in 1986 at the Max Planck Institute in Mülheim an der Ruhr, after which he moved to the University of California, Berkeley.

In 1988 Schwager joined BASF AG in Ludwigshafen, Germany. In 1998 he took over management of the business unit VC/PVC of BASF in Brussels, Belgium. A year later, in 1999, he was appointed as Managing Director of SolVin in Brussels.

In 2003 he returned to BASF AG in Ludwigshafen to manage the Operating Division Inorganics. This was followed by positions as Division Head Verbund Site Management Europe.

In 2008 Schwager was appointed to the Board of Executive Directors of BASF SE there he served until May 2017.

Since September 1, 2017, Harald Schwager has served as member and deputy chairman of the Executive Board of Evonik Industries AG in Essen, Germany, where he is responsible for the areas of Chemistry and Innovation.